Sustainable Travel Destinations to Consider in 2021 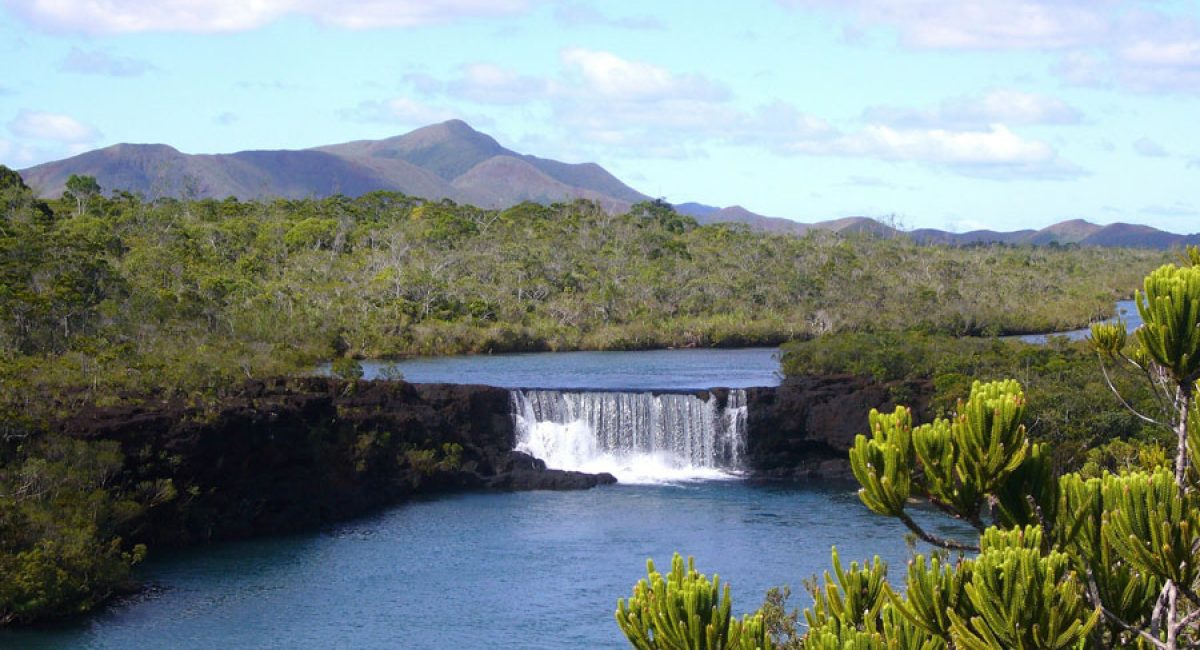 National Geographic Traveler (UK) has included Costa Rica as part of its Best of the World 2021 list, which Globe certainly agrees. One of our most popular volunteer vocation locations, we offer three sustainable programs in this tropical paradise.

Best of the World: eight sustainable destinations for 2021 and beyond

From carbon-neutral cities in the making to destinations offering a blueprint for sustainable nature and wildlife tourism, these are the pick of the places that aim to safeguard our precious planet’s natural wonders.

The widespread inequalities revealed by the pandemic have ignited global interest in making cities more resilient, equitable and healthy. One example, Copenhagen, is set to become the world’s first carbon-neutral capital by 2025.

“In Copenhagen we insist on green solutions because they pay off,” the city’s mayor, Frank Jensen, says in We Have the Power to Move the World, the sustainable transport guidebook for mayors produced by C40, a network of cities committed to addressing climate change.

Denmark’s capital has long targeted sustainability. The city has an efficient public transport network, and all its buses are switching from diesel to electric. CopenHill, a waste-to-energy power plant, meanwhile, produces clean energy for 60,000 families and heats 120,000 homes. In 2019, it opened outdoor play areas to the public. These included a rooftop green space and a climbing wall.

Planet-friendly urban planning — such as the cycle paths that over 60 percent of residents use every day — has resulted in Copenhagen having five times more bicycles than cars. A tour on an electric bike easily takes in the city’s most well-known places, from Nyhavn, a former industrial port now lined with restaurants and bars, to Rundetaarn, a 17th-century astronomical observatory housing exhibitions.

Celebrations for the pioneer of sustainable tourism

So, you want to escape? Imagine a country that’s one-quarter national park, a place where you could hike in a rainforest in the morning and surf tropical waves in the afternoon. Imagine an adventure Eden where sustainability was a strategy long before the world caught on, where jaguars prowl in the jungle, harpy eagles fly and Jesus Christ lizards walk on water before your eyes.

That country is Costa Rica. 2021 is the bicentennial of its independence, an anniversary it aims to celebrate by becoming the world’s first carbon-neutral country. Already one of the greenest nations, conservation has been cultivated here since the 1970s, with drives to protect areas, close zoos and reverse deforestation.

For a deep immersion, plot a course for the Osa Peninsula at the tip of Costa Rica’s southern Pacific coast; an astonishing 2.5% of the Earth’s biodiversity is squeezed into 0.001% of its surface area. This was one of the last frontiers to be inhabited in Costa Rica, when the discovery of gold prompted a wave of migration in the 1930s. Today, the gold rush has gone, and much of the region is accessible only by boat, horse or hiking trail.

Some 80% of the peninsula is protected; much of it in Corcovado National Park, where visitors can follow guided trails with local groups like Caminos de Osa or Dos Brazos de Rio Tigre. Based out of luxury and backpacker jungle lodges around Drake Bay, activity options range from rainforest hikes to mangrove swamp tours, whale-watching, snorkelling or diving at Isla del Cano and surfing at Cabo Matapalo.

2020 will be remembered as a year with few upsides, but a desire to re-connect with nature and the great outdoors was certainly one. James Thornton of Intrepid Travel, itself a carbon-neutral travel company, says: “Time outdoors after a year of lockdowns and increased screen time will seem more important than ever”.

Costa Rica has been laying the green groundwork for decades. In 2021, its message could be perfectly tailor-made for post-pandemic trips.

Sustainability isn’t just a buzz word in Helsinki. The Finnish capital has vowed to be carbon neutral by 2035 and it’s part of the Carbon Neutral Cities Alliance. Helsinki’s bid to go green has also involved tourism, with a campaign by the city’s tourist board to ‘Think Sustainably’, which shows you how to put together the trip of a lifetime while going easy on the planet.

The Think Sustainably microsite on the tourist board’s website has all the information you need — not just pointing you in the direction of where and what is sustainable but explaining why. For example, the ‘what to do’ page carries an interview with a representative from the Amos Rex contemporary art gallery, talking about museum ventilation and renewable energy. Even the Löyly sauna — which has the potential to be the most wasteful of all attractions — has worked out an efficient wood-burning programme to heat the saunas.

As well as highlighting what to see and do, the microsite also shines a sustainable spotlight on places to eat, drink and shop. These include Juuri, a sustainability-focused restaurant which has been working with small, organic producers for 15 years, and sibling restaurant Pikha, which has upped its vegetarian and vegan options, in order to cut down on guests’ carbon footprint. There’s also an innovative burger bar, Bun2Bun, which has swapped beef for vegan ‘mince’, and uses biodegradable cutlery and wrappers.

Finland’s design scene is of course legendary, and the website has crafted a sustainability checklist, which allows customers to rent merchandise, among other things. But it’s a boon for shoppers, too, directing travellers to places such as Pure Waste, where clothes are made from 100% recycled material, and LUMI, which produces eco-friendly bags and accessories. To get that cosy Nordic feel, Lapuan Kankurit sells handwoven soft furnishings with colour-popping modern patterns. With your sustainable trip mapped out, you’ll feel better about making the journey.

A green giant in the American West

Despite financial challenges related to Covid-19, Denver is powering forward with its goal of achieving 100 percent renewable electricity by 2023. Among the latest forward-thinking initiatives are 125 miles of new bike lanes by 2023 and solar gardens to be ‘planted’ on municipal parking lots, rooftops and vacant land in 2021.

“Investments in Denver’s clean energy economy will strengthen our community and address multiple concerns, including our carbon footprint,” says Grace Rink, executive director of Denver’s Office of Climate Action, Sustainability and Resiliency. Along with producing clean energy for public buildings, vehicle charging stations, and nearby low-income neighbourhoods, the gardens will grow jobs and a paid training program during construction.

“We’re so fortunate to live in this beautiful place, and with that fortune comes the responsibility to protect it,” says Adam Schlegel, co-founder of Chook, a Certifiably Green restaurant that champions sustainable food practices.

Where marine life thrives in the south Pacific

Humpback whales, green sea turtles and dugongs gather in the waters of New Caledonia. This French territory comprises a group of islands that bejewel the southwest Pacific Ocean, 900 miles off Australia’s east coast.

Inscribed as a UNESCO World Heritage site in 2008, New Caledonia’s lagoons represent one of the world’s most extensive reef systems, with pristine waters and more than 9,000 marine species. In 2014, the government created the 500,000-square-mile Coral Sea Natural Park, which extends well beyond the UNESCO site. Christophe Chevillon, senior manager at the Pew Bertarelli Ocean Legacy, says setting up the park was a “critical step for the conservation of New Caledonia’s waters, as well as the protection of the last virgin coral reefs in the world”.

Now, the territory has taken further steps to protect its marine sanctuary. Fishing, nautical sports and boats carrying more than 200 passengers are banned in large swathes, while in some areas all human activity except scientific research is off-limits. A coral farm will open on Lifou Island to restore reefs damaged by tourism.

Inland, the government is promoting ecotours and a new plastic law aiming to ban all disposable plastic products by 2022.

Dive into the Parthenon of shipwrecks

Called ‘the Parthenon of shipwrecks’, the eerie remains of the ancient Peristera ship recently opened as the first underwater museum in Greece accessible to recreational divers. Located below the surface in the National Marine Park of Alonissos and Northern Sporades, the site is thought to hold cargo from a large Athenian barge that sank in the fifth century B.C. Limiting human activity in the 873-square-mile marine park — established in 1992, primarily to save the endangered Mediterranean monk seal — helped keep archaeological looters at bay, preserving the wreck site and its bounty of intact, two-handled wine jars.

To explore the submerged museum in person, you’ll need to be able to dive to depths of 80 feet or more on a guided tour (slated to resume in summer 2021). Or, visit the information centre on the small island of Alonissos and embark on a virtual reality tour of the wreck — no swimming required.

Gabon is a rare natural beauty. With 13 national parks encompassing 11% of its land, this is a place where elephants and hippos roam free; where dense inland forests, which make up 80% of its landmass, are home to critically endangered western lowland gorillas.

A remote central African spot, not all of Gabon’s national parks are readily accessible, but beach-blessed Loango is a boon for wildlife-lovers. Set on a lush river, just inland from Gabon’s Atlantic coastline, Loango Lodge offers electrifying encounters with a local population of western lowland gorillas. Closely regulated, just one group of four visitors per day is permitted to set out into the forest to try and find them; an exclusive, sustainable wildlife experience that’s hard to top.

In the north of the country, near the coastal capital of Libreville, Pongara is one of five national parks protecting important sea turtle habitats. Beachfront Pongara Lodge is the place for front-row views of critically endangered leatherbacks and migratory whales and dolphins. Global investment in the country’s transportation networks should soon make Gabon easier to reach; a sustainable development strategy that also promises to expand eco-tourism — helping ensure the country’s wildest places stay wild.

Schooling the world on green practices

One of early medieval Germany’s five great Stamm (tribal) duchies, the historic region of Swabia spans parts of southwestern Germany, eastern Switzerland and northeastern France. Swabians have a reputation for being resourceful, thrifty and inventive; no wonder, then, that residents of the region’s vibrant university city, Freiburg, readily embrace sustainable living.

The gateway to the Black Forest, Freiburg is remarkably green, both in appearance and in action. Woodland covers more than 40 percent of the urban area. Renewables, such as solar, biomass, wind and hydroelectricity power the city, which converts its trash into biomass energy. Walking, biking, e-buses and trams are the main modes of transport, boosting chances Freiburg will meet its goals of cutting CO2 emissions in half or more by 2030 and achieving climate neutrality by 2050.

Cooperative housing with solar panels, urban gardens and incentives for living car-free are integral to Freiburg’s Vauban district, built on a reclaimed brownfield site and acknowledged as one of the world’s most sustainable city quarters. Quartier Vauban, meanwhile, has grown into Freiburg’s most densely populated district, proving that if cities build sustainably, people will come.