Air travel will change in 2022 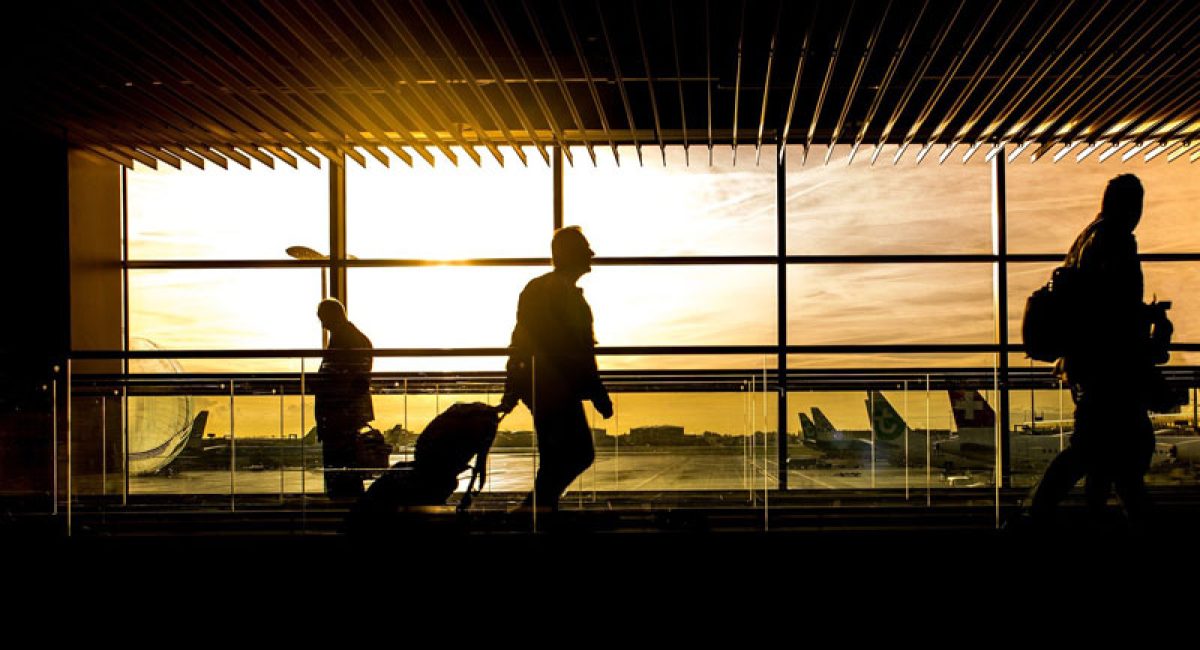 It would be impossible to discuss any developments in 2022 without referring to Covid-19 variants. Here we break down some of the most notable changes coming up for our Globe Aware volunteers in regards to airlines, airports, and the rest of aviation in the next 12 months.

How flying will change in 2022

(CNN) — During almost any other year, a look ahead to what the future holds for aviation would almost certainly be centered on exciting things like new airplanes, airlines and airports.

But it would be impossible to discuss any developments in the industry for 2022 without making reference to Covid-19 variants, restrictions and challenges to airlines.

Here we break down some of the most notable changes coming up for airlines, passengers, airports and the rest of aviation in the next 12 months, as well as the numerous problems the ongoing global pandemic continues to bring about …

How Covid-19 progresses, especially any new variants of the virus, is the major question for aviation.

At the time of writing, the Omicron variant is still being examined in order to determine how it compares to earlier variants like Delta and Alpha.

But its emergence has already had a huge impact on travel, with flight bans in place, not to mention the number of travelers testing positive on arrival, passengers absconding from quarantine, and so on. Flight cancellations due to pilot shortages have also been an issue over the busy holiday period.

One of the key challenge both airlines and passengers will face in 2022 is managing vaccination certification.

This is especially true when it comes to defining what “vaccinated” means, especially around booster or third doses.

For instance, will travelers who’ve received a single dose vaccine continue to be counted as fully vaccinated in the coming months? And what about those who’ve had two of the two-dose vaccines, but haven’t been administered with a booster jab?

Will the rules differ for tourists who’ve recovered from coronavirus and received one standard vaccination, as is customary in countries such as Germany, or chil

dren from countries where some youngsters are given just one dose of an mRNA vaccine? And how will Omicron affect vaccination statuses?

There’s some push for a digital QR-based standard (possibly the EU’s Digital Covid Certificate), but that’s going to need a lot of work and negotiation.

Starting a new airline during a pandemic is a bit of a wild card to say the least, but Norse Atlantic Airways is rising to the challenge by launching long-haul low-cost flights between Europe and North America.

Of course, its founders would probably rather you didn’t say “oh, like Norwegian used to do?”

But as they’re the same team who ran Norwegian and are planning to use the same Boeing 787 Dreamliners the airline used, it’s not too far a stretch.

In the US, another low cost venture, Northern Pacific Airways is aiming to launch in 2022 with the ambition of making Anchorage’s Ted Stevens airport a hub connecting the United States and Asia via its fleet of of Boeing 757-200 narrow body passenger jets.

Over in India, ultra-low-cost startup Akasa Air is looking to join the fray by summer, while the defunct Jet Airways is set for new life in early 2022.

And the new airlines that launched in 2021 will be in expansion mode during the coming months.

After starting up with flights from its base in Burbank, California in April 2021 to destinations in the west and northwest of the US, Avelo Airlines has been expanding, most recently to New Haven, Connecticut, with winter flights to six Florida destinations.

Breeze Airways, meanwhile, continues to grow its network across the east, midwest and south of the United States, with a wide point-to-point network spanning San Antonio and Oklahoma City to Providence and a wide swathe of the country from Tampa to Akron/Canton and Tulsa.

Breeze is due to put its brand new Airbus A220 airplanes, which happen to be some of the most comfortable, quiet and spacious jets in the sky, into service during the second quarter of 2022.

Keep an eye out for new services from familiar airlines.

United Airlines, for example, is boosting its transatlantic network in summer 2022, adding new flights to Bergen in Norway, the Spanish Mediterranean island of Mallorca and the Canary island of Tenerife, Ponta Delgada in the Azores, and Amman in Jordan.

The airline is also bumping up its London services — with extra flights from Boston, Newark, Denver and San Francisco — as well as adding additional services to Munich, Milan, Berlin, Dublin and Rome from its hubs.

If international travel remains complicated this year, airlines will want to keep their planes flying.

This means they’re likely to put them on the routes they think will make the most money — in this case, domestic routes (like within the US, India or China, or within Europe’s Schengen area).

It’s worth looking out for fare deals, but make sure they’re refundable.

After a flurry of international airport openings in recent years, 2022 is set to be relatively quiet on this front.

However, some much welcomed new terminals will be launching in New York.

First up: LaGuardia Airport’s Terminal C, home to Delta Air Lines, which is due to open in spring. This new terminal will definitely be a big improvement to the passenger experience.

The new Terminal A (previously called Terminal One, slightly confusingly) will launch at Newark, just across the Hudson River from Manhattan, later in the year.

On the other side of the Pacific, Bangkok’s main Suvarnabhumi Airport is set to open its new Satellite Terminal 1 in October, following numerous scheduling delays linked to the tourism slowdown during the pandemic.

Additionally, Chennai International Airport is due to open its own new terminal, which will replace the now-demolished terminals 2 and 3 this year, while Australia’s Gold Coast Airport’s three-level terminal expansion is also due for completion.

To the south in the Indian Ocean, the Maldives’ Velana International Airport is adding a new seaplane terminal and a new runway to accommodate larger aircraft.

And it’s not just the big airports that are opening brand new terminals.

New facilities are due to open in Pune, Andaman/Port Blair, and Leh in India, Provo in the US state of Utah, Columbia in Missouri, and Tacloban in Philippines.

The aviation industry tends to oscillate between two modes: “sell new airplanes” and “build those airplanes.” Right now we’re in the latter, with more of the latest planes arriving from factories.

Airbus has been steaming ahead with deliveries (460 as of the end of October, the last set of data the company has released) despite the pandemic, and the airliner manufacturer aims to build even more of its popular A320neo family — especially the longer A321neos that can hold up to 244 passengers in an all-economy layout.

Boeing, of course, has had a huge Max backlog after its safety grounding, while Dreamliner deliveries have been halted for more than a year because of production quality problems.

But they will eventually resume, and airlines are likely to put the aircraft directly into service.

This has been the case with Singapore Airlines, which is putting its stored and newly built 737 Max 8 planes straight into the sky with a brand new cabin.

The same thing is happening at flydubai, the all-737 airline which is a partner airline of Emirates.

Don’t expect to see Boeing’s massive stretched 777X in 2022, though. While it was scheduled for next year at one point, the first deliveries aren’t expected until 2023 or 2024 now.

But passengers are likely to see more aircraft like the Airbus A321LR (for Long Range) in 2022. An increasing amount of these planes are being produced, which means more flights straight to a central destination rather than connecting through a hub.

While this particular “build” mode is less fun for plane fans at airshows, it’s great news for passengers.

For those flying business class in particular, this will mean more mini-suites with privacy doors and all the bells and whistles they could wish for.

Meanwhile, an increasing number of airplanes are being fitted with premium economy sections. Emirates is the latest airline to add the middle-cabin, announcing an upcoming 18-month program to install premium economy seats in a whopping 105 Airbus A380 and Boeing 777 airplanes.

Economy cabins will also be getting some technology upgrades in the form of fast-charging USB-C sockets, inflight entertainment systems that integrate with phone apps, allowing passengers to use Bluetooth headphones.

Other notable updates include space-saving seats that move those knee-crunching support structures out of the way of legs so that passengers feel like they have a bit more space on board, even if the seats are the same distance apart.

Oddly enough, with quite a lot of older airplanes being retired during the pandemic, passengers are actually more likely than ever to get to fly on a newer plane with better entertainment and more of the mod cons in 2022.